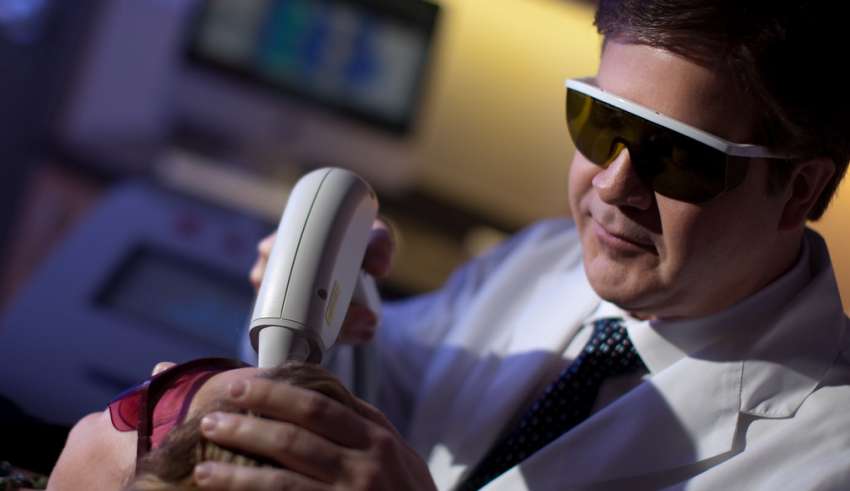 The PicoSure Laser is the first aesthetic laser application with a variety of functions. It may be used for skin rejuvenation, skin pigmentation problems, and the removal of tattoos. Traditional laser therapies for skin rejuvenation use photothermal action to produce nanosecond bursts. Pico Laser Toronto uses primarily photomechanical actions to produce picosecond waves. In other terms, laser sparks and energy is supplied for a very short time. It is a thousand times better than old lasers. Here are a few FAQs about picosure laser technology:

Is PicoSure laser is safe treatment?

The PicoSure Laser presents minor hazards. The PicoSure is safer than many other heat-dependent lasers that achieve outcomes through heat production.

What can the PicoSure laser treat?

With a very versatile PicoSure system, it can be used in many parts of the body like the back, legs, face, hands, chest, and arms.

How many treatments do I need?

For best outcomes, 3-4 sessions at intervals of 4 weeks are advised. More therapies may be required, depending on the degree of the pigmentation.

What is involved in PicoSure treatment?

Chlorhexidine is used by the Aesthetics/Nurse to clean the face. With a white pencil, the wider treatment areas are separated into quadrants. Dividing the field into quadrants makes it easy to disperse laser energy effectively and efficiently. During therapy, a slight snapping sound is heard as the laser passes through the treatment area. For this procedure, the majority of patients do not need topical anesthesia. Therapy induces moderate discomfort. However, the refreshing air machine relieves the pain. A cooling gel followed by Sunscreen is added after application.

What are PicoSure side effects?

Temporary redness and swelling on the treatment site might be seen. Redness normally resolves within 3 hours but can take 24 hours in some cases. Unwanted pigmentation will usually slightly frost (white), and then darken over the next 24 hours before declining during treatment.

What is the length of PicoSure Treatment? When am I going to see the results?

The procedure can take 30-45 minutes, depending on the target location. To fully respond to the concerns, most patients need several sessions. Two weeks after treatment, the skin becomes refreshed.

When can I go back to normal activities after laser treatment with PicoSure?

Overall, it won’t take much downtime for PicoSure Laser. For the first 24 hours, we suggest stopping heavy work. Four hours after treatment, make-up can be applied.

Advantages and disadvantages of scalp micropigmentation

Are you suffering from hair loss? If yes, this is the right place you are searching for. S…